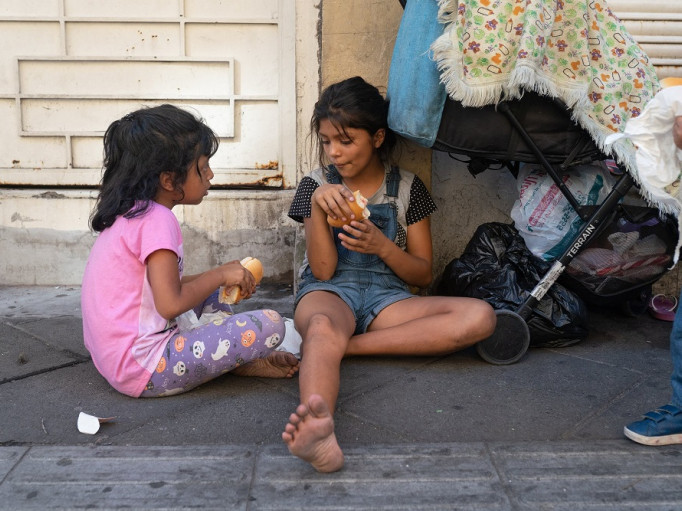 Graeme Everist, Toybox’s Director of Finance and Resources, shares a personal reflection on the power of stories and how they can help us see the world through the eyes of others and reflects on the difference each of us can make.

During the summer between my second and third years at university, I found myself in A&E nursing a wrist injury. Sitting across from me was a young woman, a couple of years younger than me, with an arm in a sling and a very frightened look on her face. I smiled, going for a ‘look at us, how silly we are for breaking our arms’ kind of vibe. She tried to smile but couldn’t. I nodded.

A few minutes later, she was talking to the receptionist. She didn’t have any money for the payphone (remember those?) and needed to call someone. The receptionist couldn’t help, so I offered her some loose change. She looked surprised, wary almost, of accepting even a small amount from stranger, but eventually she did.

Her parents wouldn’t come to be with her. A nurse asked who had brought her in. ‘My boyfriend… he couldn’t stay’. How did it happen? ‘I fell…’ and silence. Eventually she admitted it was her boyfriend who had hurt her, but she insisted that the police weren’t called. I saw her as I was leaving. I tried to smile but couldn’t. She nodded.

My wrist still hurts when it’s cold, or when I bump it, or when I’m asked to do some DIY! Every time it does, I am reminded of the girl in the hospital and wonder what happened next. Was she reconciled to her family? Did she escape the violent relationship? What else could I have done? And so, I pray for her and hope her world has improved. It often feels like that is not enough, that there must be something more that can be done. Psalm 12 v7 says ‘You, Lord, will keep the needy safe and will protect us forever from the wicked’, so I trust that He is in charge of her story, keeping her safe.

We hear stories every day of Toybox’s partners work with children and young people who are separated from their families or subject to violence. We rejoice when we hear of families reunited, children protected from abuse and harm, birth certificates issued so that children can progress through school and access healthcare. And yet so many still slip through the net. How many stories don’t have that happy ending? How many stories do we simply never hear?

I love the focus that Toybox places on helping children to tell their stories in their own words. As a father of two, I know that children can be incredibly hard to read. Bringing to life the true realities street children are facing in their daily lives is incredibly important and by sharing their stories we give them a voice and show that they matter and are noticed.