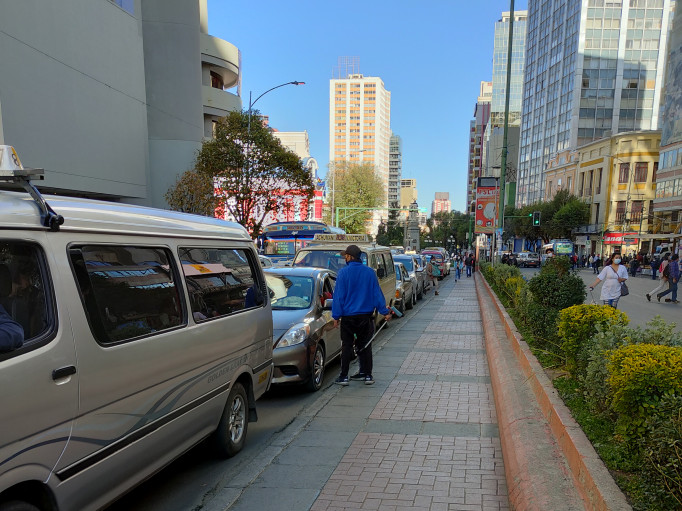 Working on the streets of La Paz

Each day his family makes the journey by public transport into the city centre to work. Gabriela, his mother is a roadside street vendor while her son, Carlos and his younger sister Beatriz, work alongside her, cleaning the windscreens of cars as they stop at the traffic lights.

Life on the street

Carlos currently lives in a community on the outskirts La Paz – they live there simply because it is the only accessible housing which the family can afford to rent. Carlos spends his mornings cleaning car windscreens and in the afternoons, he goes to school. His parents spent many years living on the streets with Carlos and his siblings also experiencing street living, after some time, his father left.

Carlos has an older brother who still lives on the streets, while his younger brother and sister now live with Carlos and their mother Gabriela. 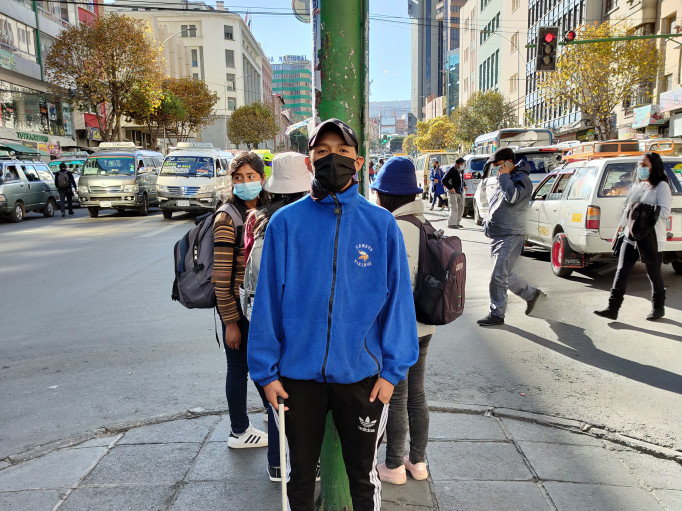 Family life on the streets

Like many of the families Toybox supports, the family have a long standing and deep-rooted connection to the streets. Before having children, Gabriela spent much of her own childhood and adolescence living on the streets.

When she fell pregnant with Carlos, Gabriela made the decision that she wanted to leave her life on the streets for good. Yet, as is often the case, she struggled with a series of personal challenges and setbacks and Carlos and Beatriz were born and spent their early years on the streets. It was around this time that our partner, ALALAY first came into contact with the family and began providing support and guidance to Gabriela and found a safe place for the family to live.

Here, the family lived together for a number of years. However, growing up Carlos and Beatriz experienced periods of instability and conflict at home, resulting in them making the decision to escape to the streets. During this time, the pair would often be found sleeping under bridges. 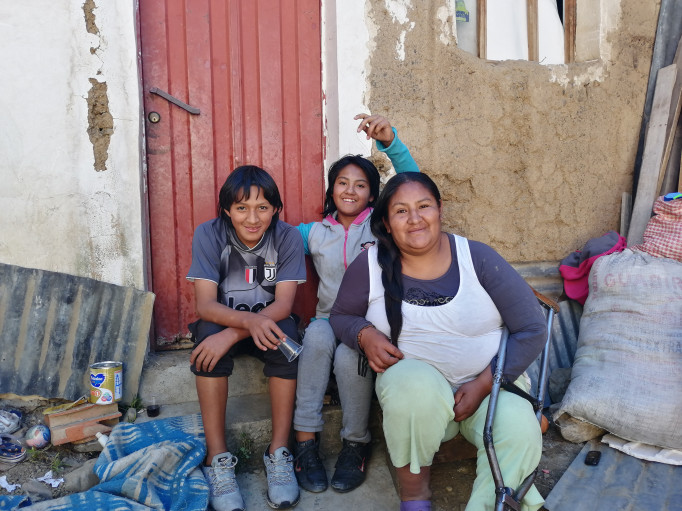 Away from the streets

ALALAY’s street outreach team worked closely with Carlos and Beatriz while they were living on the streets, initially offering support in areas where it was needed most such as providing food and emergency medical treatment. As well as offering a constant and reliable presence in the children’s lives at this time, crucially, the team were there to listen without judgement. This support was critical in Carlos and Beatriz’s journey away from the streets. During this time, the siblings also took part in many of the recreational activities run by ALALAY, giving them the opportunity to learn, develop, and play in a safe place where they were cared for and able to build friendships.

The team then also worked closely with Gabriela, Carlos and Beatriz to support them to address the underlying challenges they faced through family counselling sessions. Together, over time, they worked on a plan to enable the children to return home to Gabriela and for the family to reunite. Since then, they continue to be involved in many of the project activities which focus on strengthening family relations, through follow up visits and individual counselling sessions.

“Even though I’m sad that my children have to go out to earn money, one good thing is that Carlos has decided that he wants to go back to school and he isn’t spending as much time on the streets now.” Gabriela (Carlos' Mum)

Gabriela also attends parenting workshops where she is able learn positive parenting strategies and techniques to support her in her ongoing relationship with her children, while Carlos and Beatriz regularly attend life skills workshops to support their personal development and growth. Shortly after reuniting as a family Beatriz said; “We still don’t feel like we’re a normal family or one of those that you see on the television or in adverts. We’ve still got a long way to go until we get there, but we’re making progress and we’ve improved some things. The place where we live now feels safer and we don’t fight as much at home. Carlos has learned a lot from everything ALALAY have done - I have seen that he and mum can talk normally without fighting.”

Escaping to the streets

Carlos also acknowledged the positive changes in his life; “Sometimes, I think about how much I want to be out on the streets with my friends, but then I remember the fights with my family and realise how far we’ve come. We still fight, but much less. Before, I used to escape and go to the streets when we fought but now, I just go and take a few minutes in my bedroom to calm down and I stay with my family.”

Covid impact on families on the street

Between March and August 2020, the family were unable to work because of the pandemic. For a family who already lived a hand-to-mouth existence, this proved devastating and resulted in them building-up a large debt of unpaid rent. They were also left without money to purchase essentials including food, masks and hygiene items. At this time, ALALAY were able to support the family with emergency supplies. In September 2020, the family were able to start work again and reached an agreement with their landlord to pay their rent in instalments.

Find out more about our work alongside street children in Bolivia. 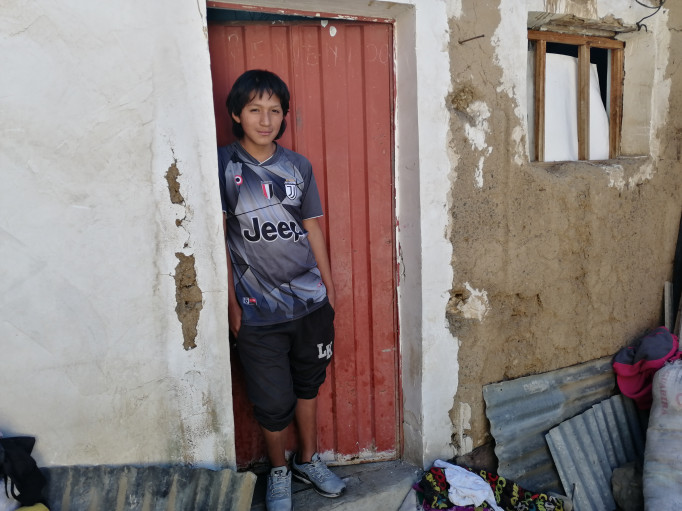 “Everyone needs to know that using dirty clothes during menstruation can lead to disease and that it is very important to take special care of cleanliness at such times.”

“Buying sanitary towels was so far from reality and a completely impossible thing to do. When I got my period, I was using old clothes instead.”