“I am very happy that since I have been admitted to the school I am receiving free tuition and education materials, I got an opportunity to participate in the residential workshop where I got a lot of opportunities to learn. I am very thankful to have my Aadhar [ID] card and bank account.” Amir 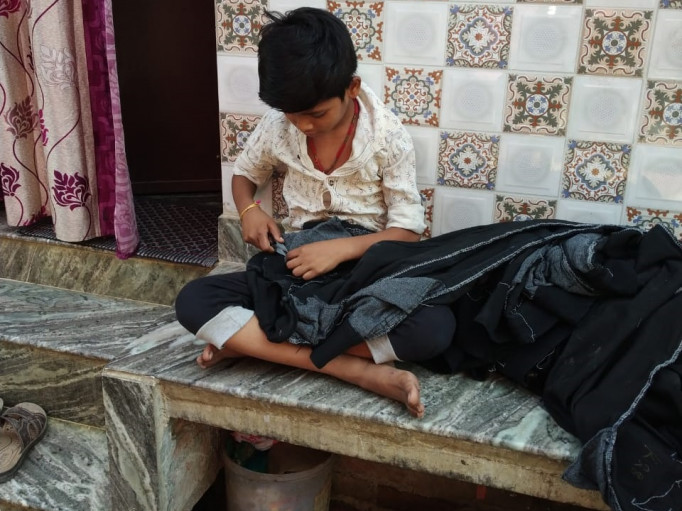 Amir is 11 years old. Originally from the North Eastern region of Bihar in India, he and his family moved to Delhi four years ago. Lack of work in their rural community meant Amir’s parents struggled to support the family and were left with little choice but to move to the city.

Back in Bihar, Amir attended a government school but since moving to Delhi, where the family lives in a crowded slum, he has been unable to enrol in school. Despite his parents’ best efforts, his lack of official identity and a bank account meant that continuing his education was impossible. And so, instead of learning in a classroom, Amir spent his days working to cut loose threads from clothes in a dingy workshop with his little sister. 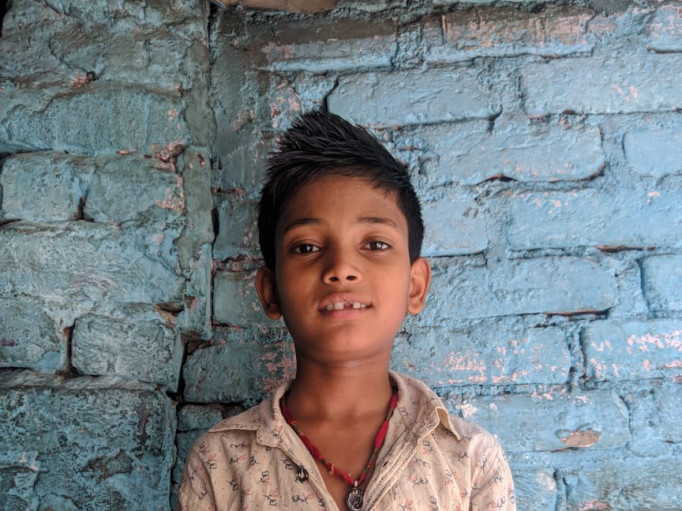 It was during work one day, however, that Amir came to learn of CHETNA, Toybox’s partner organisation in India, and their work to help children like him to enrol in school and have access to informal education for free. He was desperate to start learning again and with his mother’s permission, he joined the project and started attending the Education Clubs regularly.

For Amir, the Education Club enabled him to catch up on learning that he had missed from being out of school and helped his confidence to grow so that when he was finally enrolled back in school again, with the help of CHETNA’s street educator, he was able to fully engage and benefit as much as possible from his new opportunity in education. In addition to his enrolment in school, Amir got his official identity which has made him visible and official citizen of India.

“I am so happy since I started coming to this project. I pay a lot of attention to my studies and now speak with confidence to everyone. I love encouraging the rest of the children to study at the education club — I feel very happy when I help others and when I see children playing and studying instead of working.” Amir

Since he started attending the project, Amir has not only been able to start studying again, but he has had the chance to learn about topics such as child rights, good leadership, ways of talking to people, cleanliness, health and hygiene. All of these are vital life skills that allow street children around the world to participate actively in society, meaning that the streets do not define them and their futures.

FROM THE STREET TO SCHOOL

Now, Amir’s days resemble those that make up much more of a childhood. He wakes at 6am and has breakfast before attending school with his friends. At 1 o’clock he heads home and attends his Education Club where he gets homework help and learns other vital skills.

Furthermore, when he first started attending the Education Club, Amir was still working for 2–3 hours a day cutting loose threads from clothes before they go to market, earning 30–35 rupees for his labour. Now however, he has been able to stop working completely and his parents are thrilled that he is able to benefit from school. They hope that he will grow up to achieve great things — Amir himself, dreams of being a great doctor so he can help people.

Find out more about the ways in which we work alongside street children in India.

Keep up to date with all the news from Toybox - sign up to receive our magazine Street Life.

“If I could change one thing right now, it would be for coronavirus to go away, to have enough food and money, and to be able to continue my education so I can stand on my own.”

“My life has changed a lot since attending the project. I thought I would never be able to continue my education and that I would have to be on the street my entire life to earn a living.”