At 12 years old, Mohini was unable to continue going to school with her friends due to poor health. Mohini found herself carrying out chores around the family home in Delhi and helping her mother with her clothing repair business, day after day.

Three years later, now aged 15, a very shy Mohini met Toybox street outreach workers who invited her to join the SURE project (Sports for United Resilience), however she declined saying she was too busy at home and didn’t like to play. Two girls from Mohini’s local community began to attend the project, they would share with Mohini what they had been learning and the new skills they had picked up. Over time, Mohini became increasingly interested in joining in with games and sports and eventually she made the decision to attend the project along with her friends. In 2019, Toybox began supporting our partner, CHETNA, in India with a new project based in Delhi. The SURE project works with around 400 vulnerable street children aged between 12 and 16, supporting them to build core life skills through the medium of sport.

During the sessions, children can interact with each other and project staff in a safe environment. Children learn to play sports such as Kho Kho (a traditional Indian game of tag), Kabaddi and other traditional Indian street games and cricket.

Mohini has now been attending the project for almost two years and during this time her interest, confidence and skills in sport have deepened, so much so that she was recently selected as the leader of the Kho Kho team.

By running the London Marathon for Toybox, you can help our partners to find and connect with more children and young people like Mohini giving them the option to take part in activities away from the street, away from the pressure to work, sometimes in unsafe environments and the dangers of the streets from drugs to traffickers.

Apply for your charity place now or create your fundraising page if you have your own ballot place and want to change the world for street children.

Alternatively, if running 26.2 miles isn’t quite your thing, there are lots of other events that you can sign up to, to raise money for Toybox on your own. For these events, there is no fundraising target so you can raise as much as you like, but we will send you a Team Toybox vest for you to wear through your training and can send you any information you need to tell others about the cause. 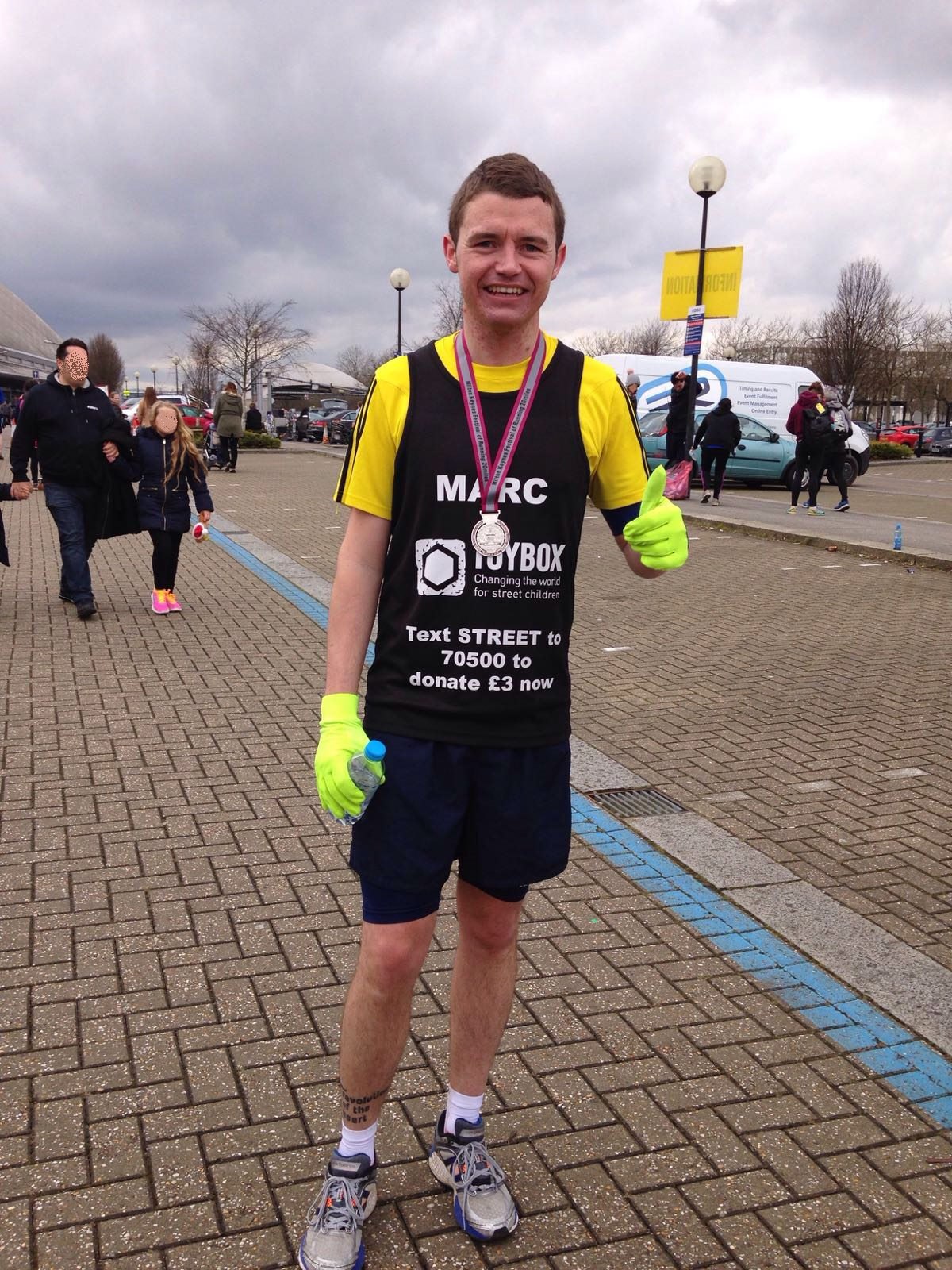 “My London Marathon experience with Toybox (and my first marathon!) was an experience that will live with me forever. Despite 5 years having passed, I remember the unique buzz and feeling of pride running around London’s most iconic landmarks like it was yesterday. I’d do it again in a heartbeat.”- Marc, Team Toybox marathon runner, 2016