“I want to become a medical doctor so I can provide free medical services to children in abuse and vulnerable situations.” Kumba 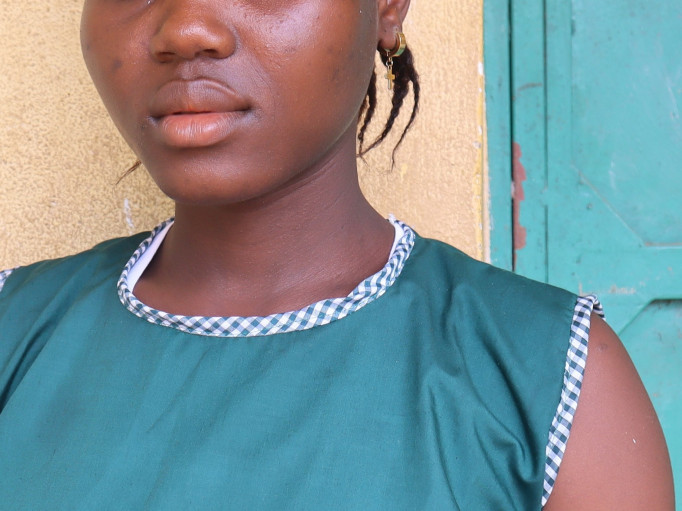 17-year-old Kumba, from Sierra Leone, already knows how tough life can be. In 2017, her world changed when she lost her mother at the tender age of 13. As the only daughter, her abusive father expected her to assume responsibility for all the household chores.

“Being the only girl child, I was the one doing all the cooking and other domestic work such as laundering and housekeeping. Even when I was completely exhausted, my father still forced me to work and prevented me from attending school just to look after him and the house,” says Kumba. “He used to harass me around the house and force me to earn money for his drugs and alcohol by selling water and drinks on the street, carrying a heavy cool box around. He expected me to return home with an empty box and all the money."

“When I didn’t sell everything, my father would torture me mercilessly and force me back onto the street to bring him money.” Kumba

Safer on the streets?

“Some days, sales were low, and I wanted to prevent myself from torture at home so scouting for men to give me money in exchange for sex was my only solution to the problem. This became extremely unbearable for me as I was missing out from attending school, while experiencing every form of abuse from my so-called father. At some points, I even questioned whether he was my real dad. However, after talking to friends and listening to a report on the radio, I realised that my story wasn’t so different from those of other children. All the mistreatment and abuse from my father, particularly the sexual harassment and not letting me go to school supported my decision to run away from him. I arrived in Freetown and started living with a friend who solely depended on the street to survive.”

Living with her friend meant that before long, Kumba was also depending on the streets to survive. The two of them started working together, earning money through commercial sex for survival, jointly managing to make ends meet. It was difficult negotiating street life and the unimaginable situations Kumba was forced to experience, including by the police who failed to protect her from exploitation. As a port town, Kumba often found herself on trawlers, being abused by Freetown’s fishermen before they headed out on trips. She had totally lost hope of ever going back to school and having access to formal education.

One day when Kumba was working however, she met a social worker from the Saint George Foundation, Toybox’s partner in Sierra Leone, who supported her to get enrolled in school again. Having been out of school since 2019, Kumba has missed having lots of her friends around. Now, she attends regularly and being back in class has brought so much excitement and hope to Kumba’s life.

Since going back to school, Kumba’s life has changed. She has since moved house and now lives with her boyfriend who works as a miner. Being more independent, Kumba decided to set up her own business so that she could cover as many costs as possible on her own. She borrowed a loan from her friend and after school, she now sells cassava and soup that she makes herself. The income allows her to cover some of the costs for school activities and support herself – she’s working towards repaying her friend too from the profits she’s making.

At school, Kumba has made lots of friends. One of her best friends recently achieved the second highest grade in the exams and that has spurred her on to keep going with her own education. “In our next set of exams, I want to get the best grade and be top of my class,” she shares, excitedly.

Learn more about how education can help change a street child's life.

“I want to have a successful school year – to pass my exams and establish new friends so I can forget all the abuse I’ve suffered in my past. I also want to inspire other girls on the street to go back to school if they get the opportunity.” Kumba

“Now I can learn and support my family.”

“Now that I’ve got the uniform, I feel happy.”